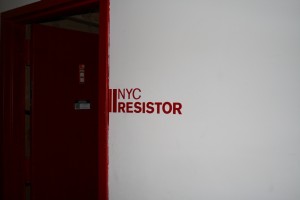 Hack Pittsburgh and TC Maker were both in their idea stage when we ran into each-other at NYC Resistor searching for ideas on how to make this Hyperspace thing happen. Hack Pittsburgh (who was almost names Hacksburgh!) was a bit quicker than TC Maker at acquiring a space but we are both doing well. NYC Resistor is also doing well. 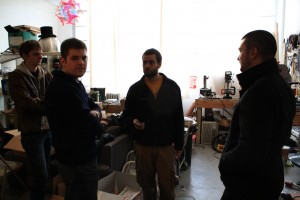 Hack Pittsburgh with Mr. Sobczak of TC Maker inside the NYC Resistor Headquarters

It just so happens that Mr. Sharpe (who is was visiting in NYC) the man responsible for these photos has just started collaborating with MakerBot (an affordable, open source 3D printer that makes things up to 4″x4″x6″) The robot that has some of it roots extending from NYC Resistor both Bre Petis and Zach Hoeken . I will be visiting Maker Bot Industries in the middle of October and I’ll be sure to post pictures.

Here is a picture of Mr. Sharpe playing the bones. 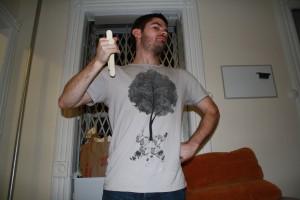