I’m writing this from afar so feel free to chime in if anything is incorrect but this is what I have gathered.

MN Hackfactory is a group much like Twin Cities Maker, and they have been operating independently of TCMaker with the same goal.

It appears that both groups are getting closer to that, as a really nice place has been presented by the people at MN Hackfactory and both groups went on a tour of the place. 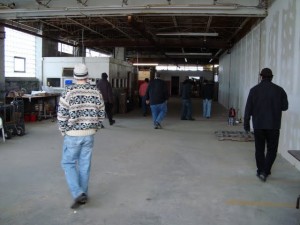 More pictures and more info on the forum post.

The rent is pretty cheap about 700 a month depending, and there is room for expansion. The two groups have started to merge ideas and there is talk of merging the two groups together but nothing concrete on that just yet. It’s safe to say that everybody is really excited and hoping that this works out.