I’ve now had a couple days where I’ve been able to spend some time working on bows, so here’s part 2 of Making a bow. Brad was kind enough to bring in a much better camera, so here’s a pic of the front profile of the bow as it stood at the end of part 1: 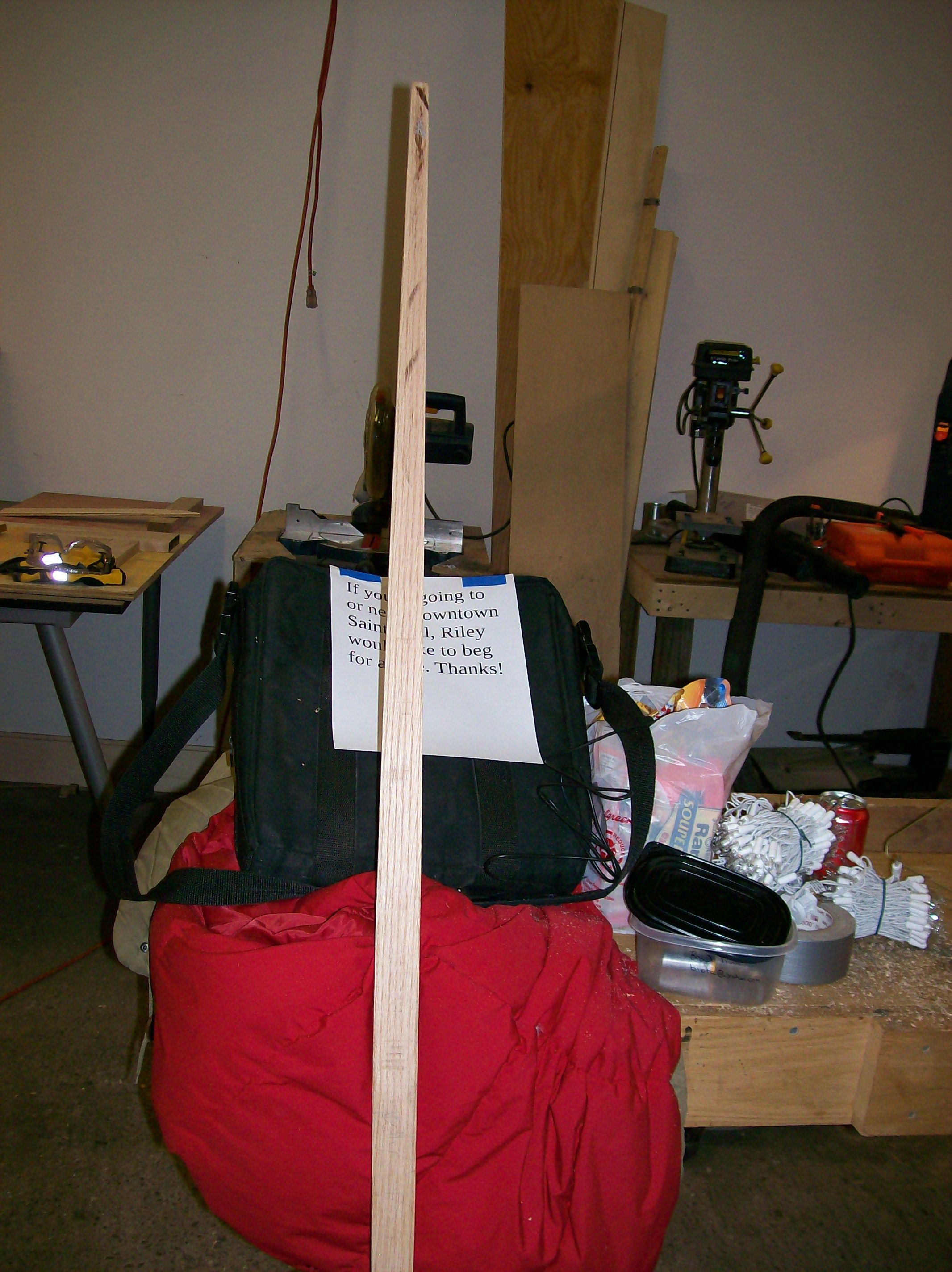 It was time to start the tillering process. A bow gets its final shape by “Tillering”. Basically, you start by putting a string on the bow, pulling it a little bit, and looking at the arc it describes. If it’s bending unevenly, you shave a little wood off the side that needs it. If one limb is stiff, you shave a little wood off at the spot. You then put the string back on, pull it 20 or 30 times to exercise the wood, and then measure the curvature again.

I use a tillering stick or tillering tree for this, thus: 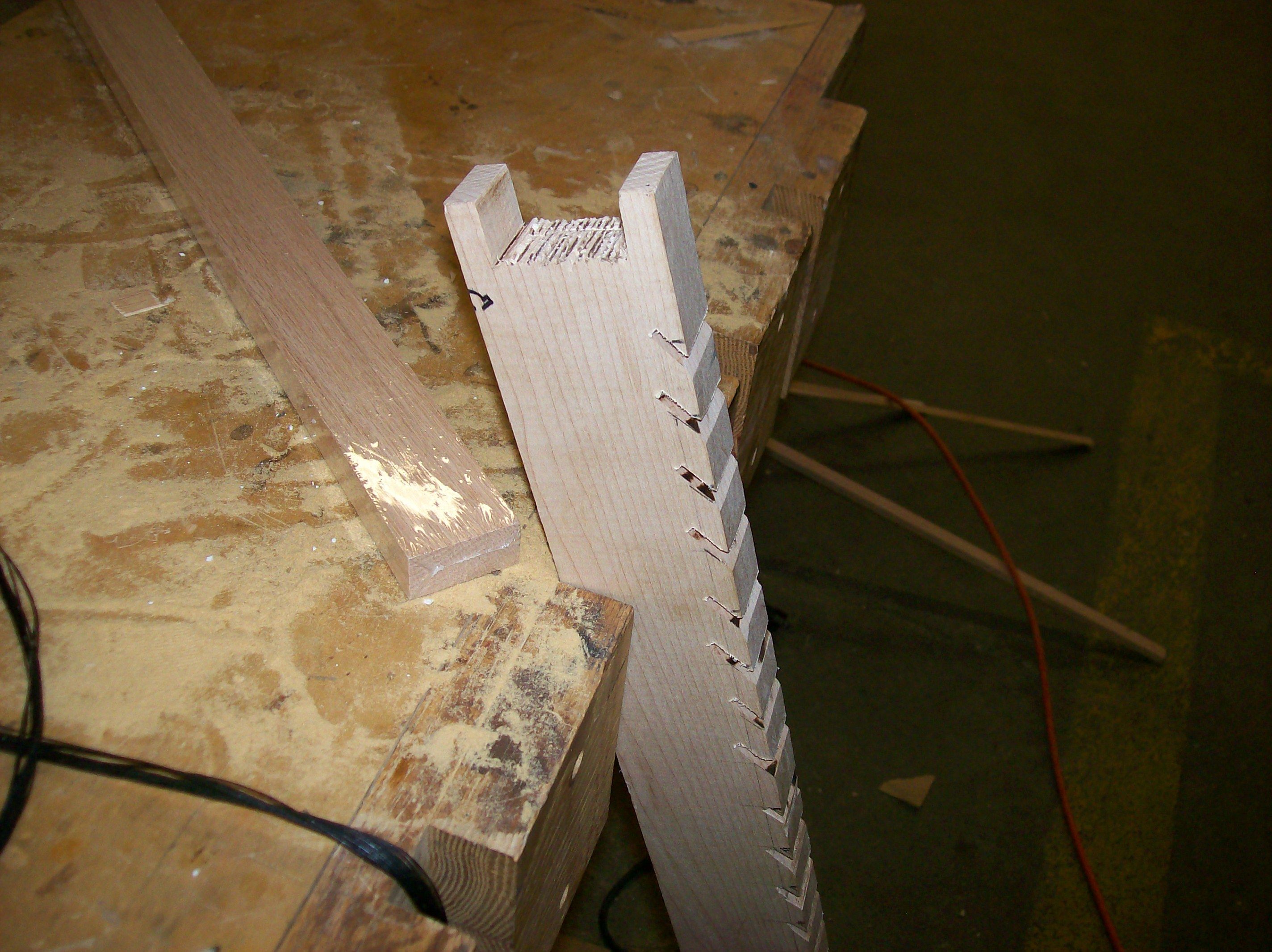 The stick has a slot cut in the top to hold the bow snugly, and a series of notches at one inch intervals to hold the string. Here’s the bow pulled to a small degree, mounted on the stick: 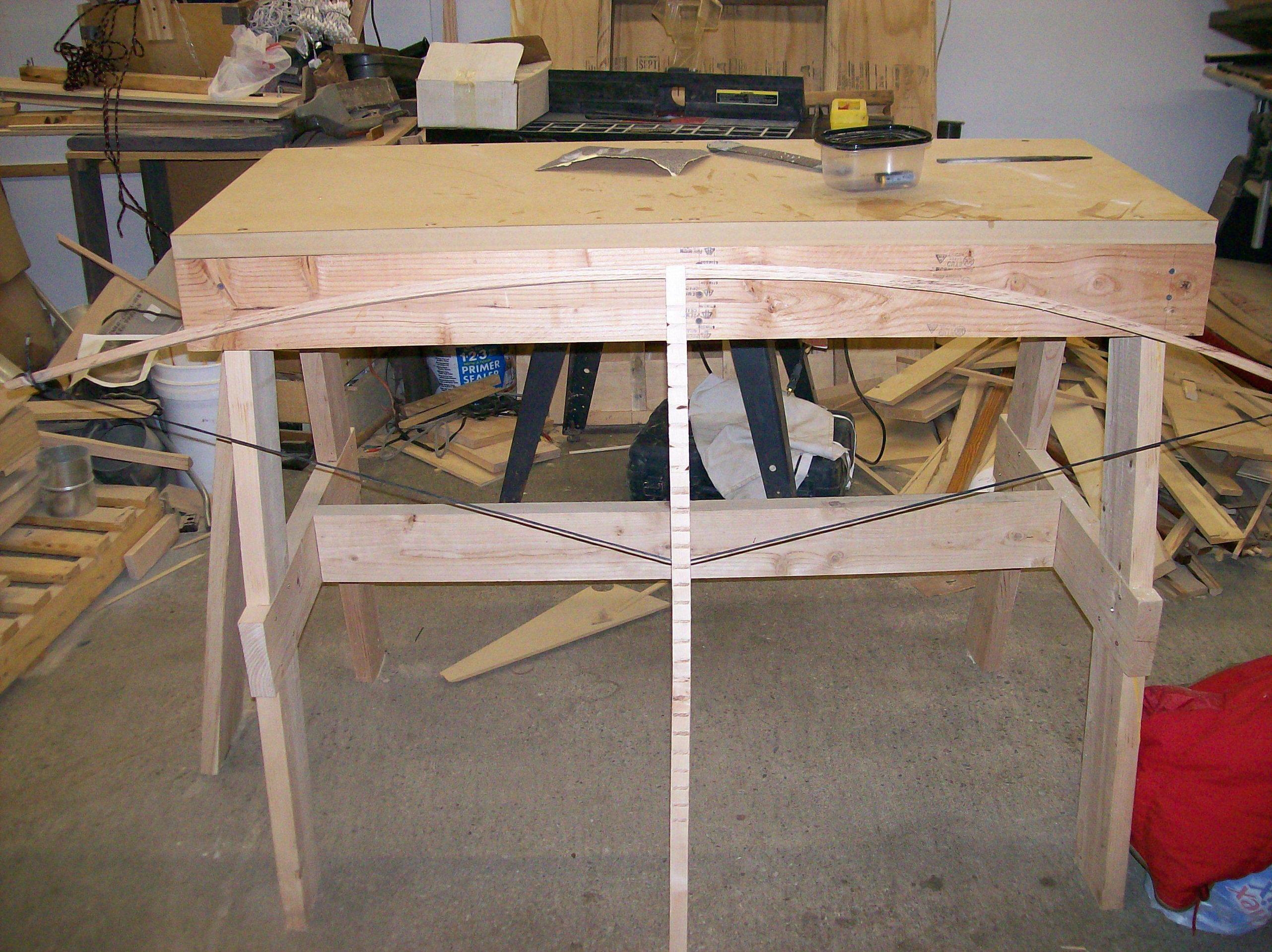 There are several ways to remove wood during this process. The best one for me was to use a stanley surform rasp. These are great, but they cost upwards of $15, and I didn’t have one handy. I did, however, have a Tool Shop brand cheapo replacement blade, and some duct tape. Combining the two cleverly gave me this tool: 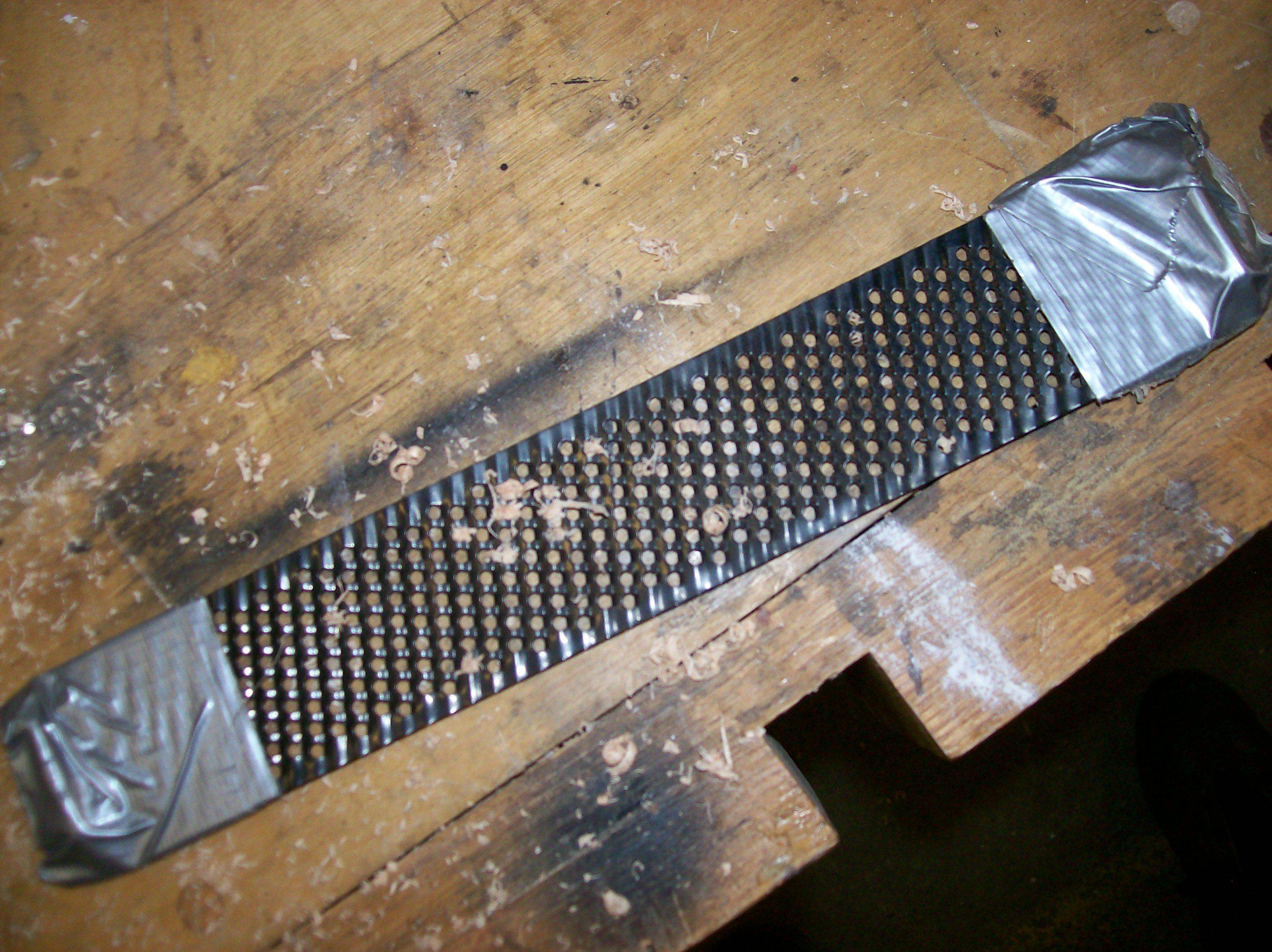 This was a field expedient solution, but I have to say, I’m never going to use anything else ever again. It works better than the surform, better than a farriers rasp, better than a block plane, quite simply the best and fastest tool I’ve ever used to shape a bow. Total cost, about $2.50.

After a few times through the iterative tillering process, it was time put the the bow on a low brace; this is where you put the string on so that it puts some tension on the bow when it’s not being drawn. Full brace would leave the string roughly 6 inches off the handle area; low brace is about 3 inches. Here’s the bow at low brace: 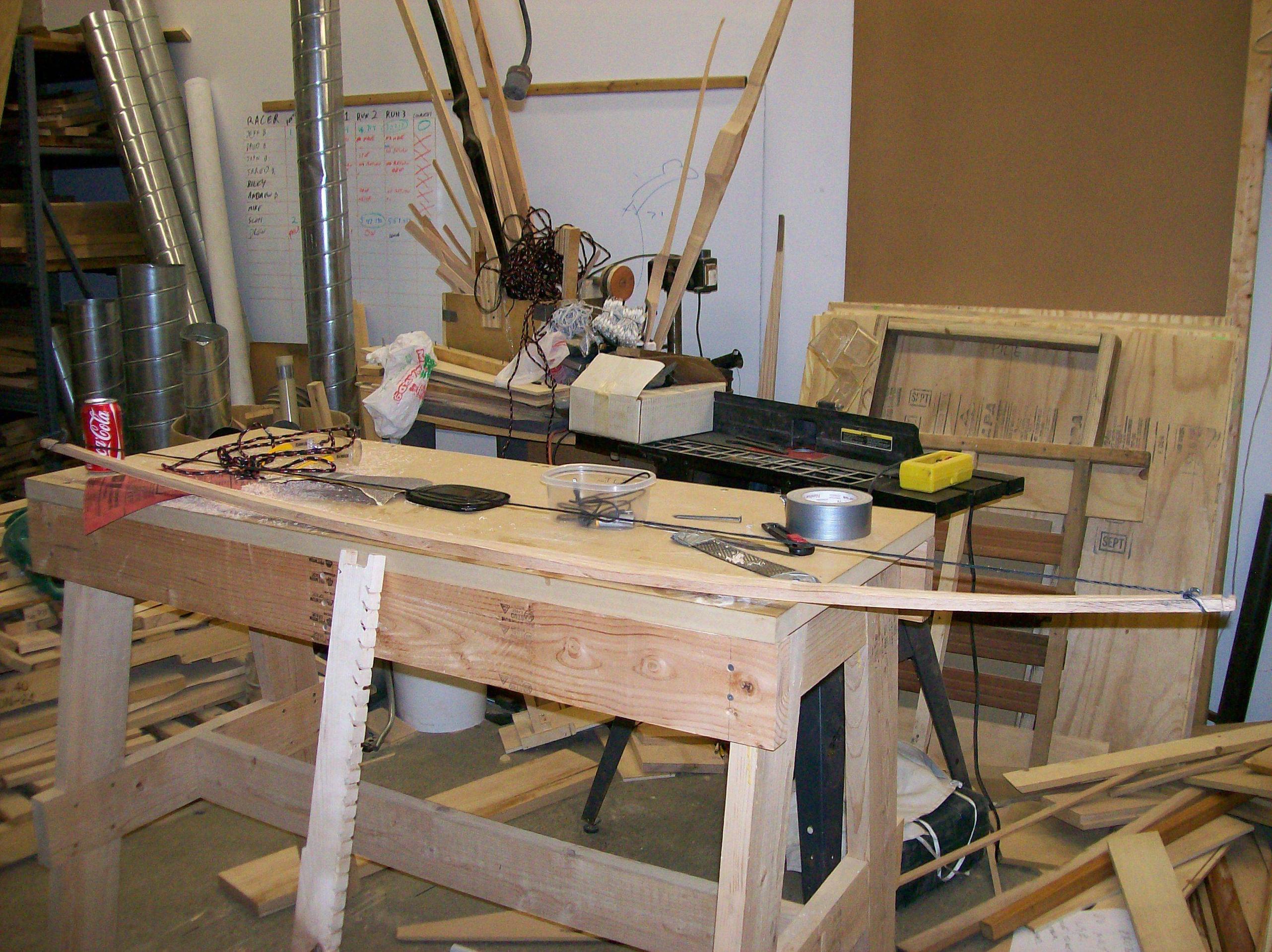 To get the bow to this point, it needed some serious tension put on the bow itself to get the string on. Now, in 6th grade gym class, they taught us that method where you put the bow behind one knee and bend it. You don’t want to do that with a grown uppy wood bow. The bow might break, and if it does, it’ll send long pointy bits of wood into some sensitive areas where you don’t want 12″ splinters. This means you need to use a bow stringer. This was exactly the point where I realized I had given away my one bow stringer when I sold my first bow. Normally, making a bow stringer involves creating a pair of leather cups joined by a piece of rope or cord. I had no leather scraps, and after some fruitless experimentation wiith duct tape backed fabric, I decided on a different approach.

I cut a small pair of nocks in between the string nocks and the end of the bow. Having done this, I could take a length of cord or rope with a loop on each end, put the loops in these stringer nocks, and bend the bow to get the string on. Here’s an over exposed picture of one of the stringer nocks that almost but not quite shows this: 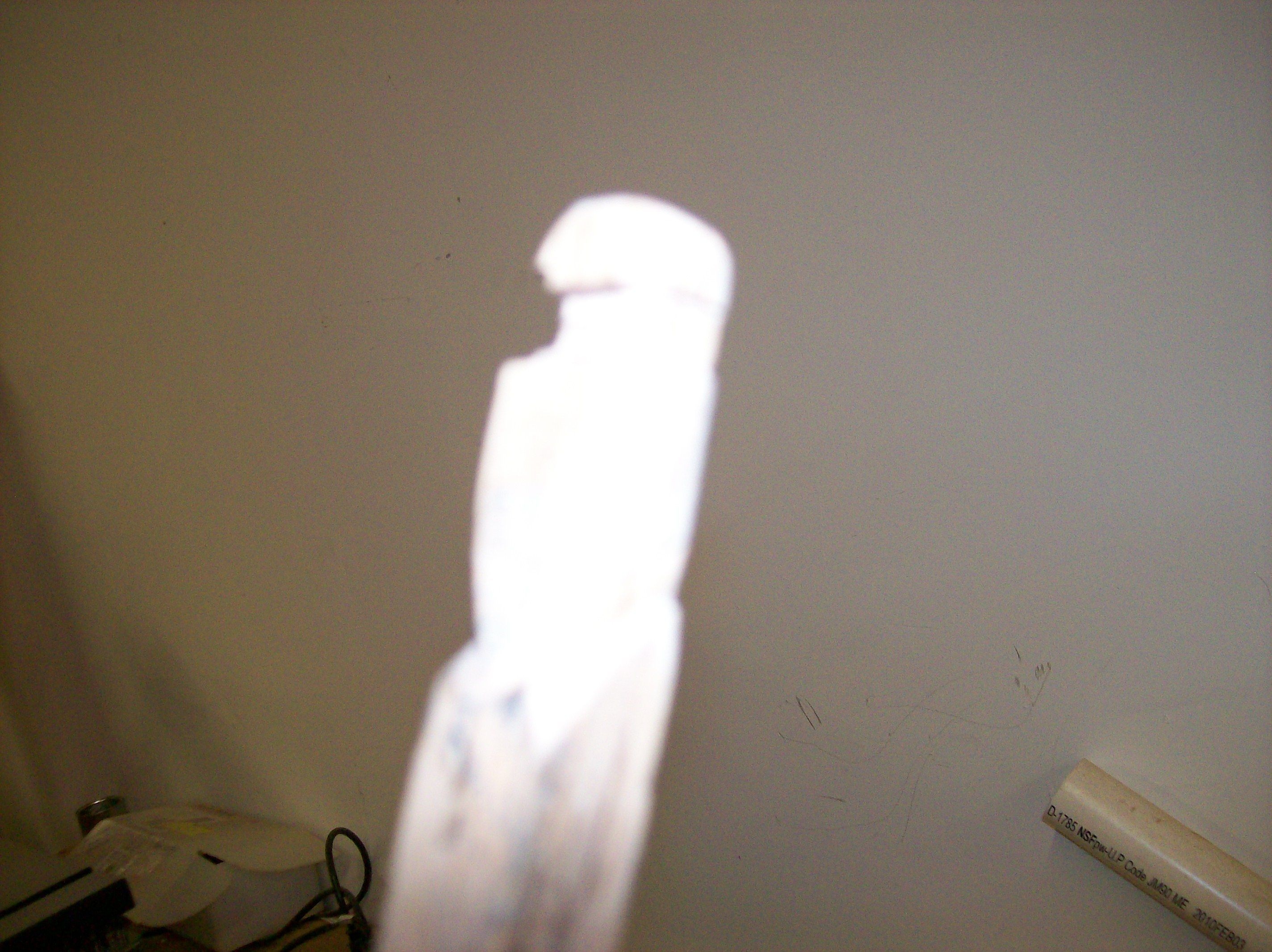 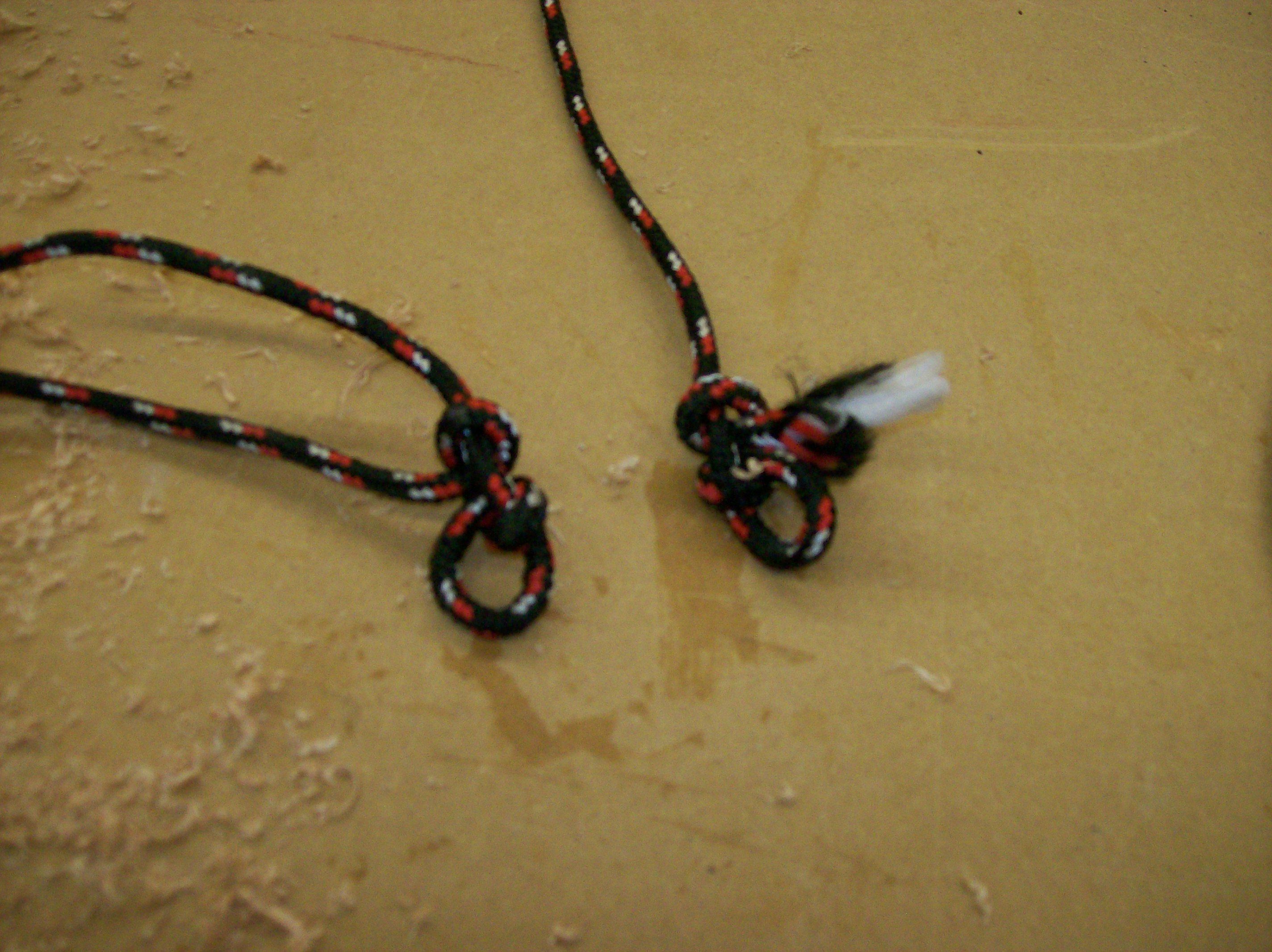 After a few more rounds of scraping, pulling, inspecting, and scraping, it was starting to look a little bow-like. I measured the pull, and it was pulling 50# at 23 inches, which means I was within 5 inches of hitting my target of 50# at 28 inches. At this point, I did some sanding to remove any tool marks, and to round over the edges, which helps prevent splintering in the final stages of tillering. You always lose some weight when you sand, so you want to do this before the end.

Here’s a picture of the bow at this point, combining a dramatic camera angle with flash and pop: 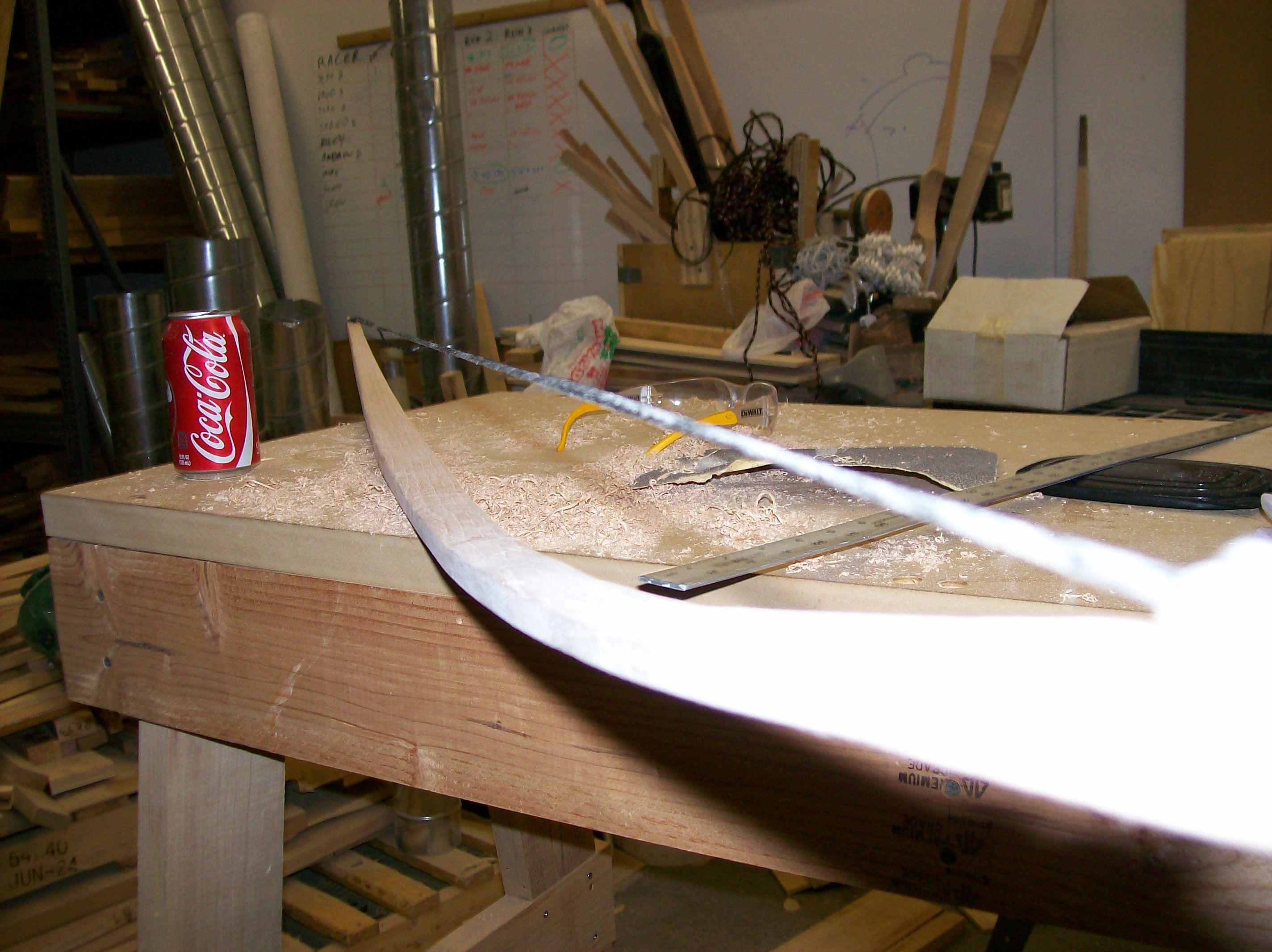 At this point, I decided to wrap it up for the night. Stay tuned for the next installment, “Making a bow: episode 3, chock full of Ewoks! Nyub Nyub!”