Rewinding a transformer, and how not to.

I am swapping out the driver boards on my CNC Router, and my existing power supply of 42 VDC is too high for the new drivers which include voltage regulators with a maximum voltage of 36 Volts. I rather liked my supply, just a big transformer, a bridge and a capacitor with bleed resistor, so I decided to try and keep it.

I started by seeing which of the windings I could get at easily, turned out none, was the answer. The Transformer is built with hundreds of “E” shaped plates that are fit together from opposite directions to form the transformers core, so with a bit a trepidation I removed the bolts and began to remove the “E” plates in search of a winding I could easily access.

After quite a bit of plate removal I was able to access the input (120V) windings, and after an poorly thought out whiteboard session I decided that was what I needed, reduce the input windings to bring the final voltage down. 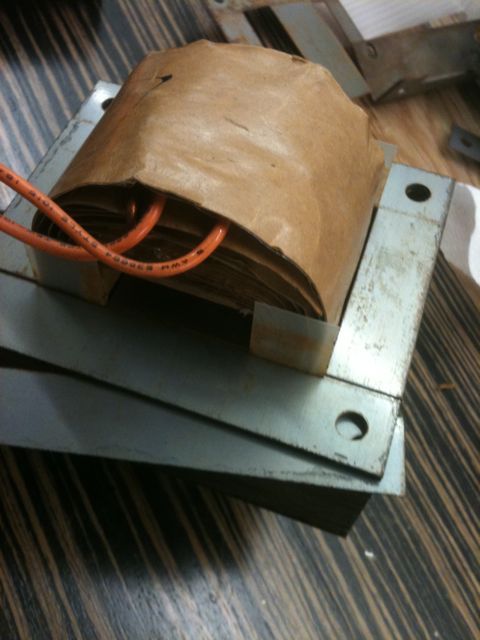 (I don’t remember what my logic was, perhaps I was substituting volts for windings, I don’t really recall, but to lower the voltage you want to remove windings from the output side, removing them from the input side on a step down transformer, which this is brings you closer to parity, with the input voltage, exactly the opposite of my intention in this case.)

At any rate after removing a few windings I tested my work, and found that I had roughly the desired voltage 34 VDC. So I stopped and got myself setup to rebuild the transformer, one little skinny plate at a time, shellacking each one as I went. 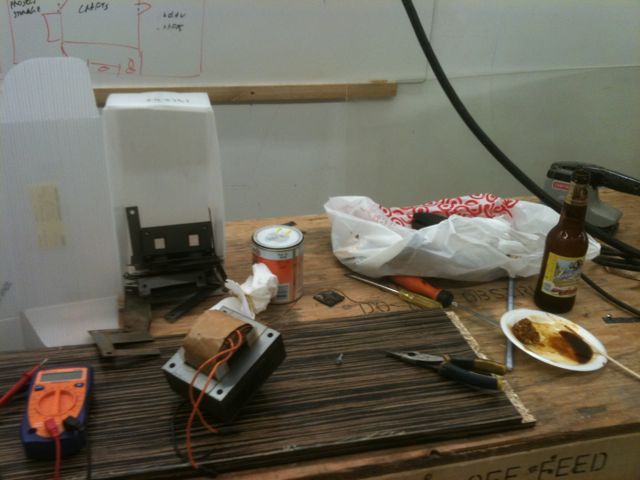 (It has since been pointed out to me that the reduction in the amount of iron comprising the core at the time of my testing would greatly skew my results, that’s seems to have been the case)

To give some idea of what this involves in this picture you can see that about an 1 or more of plates needs to be replaced, and you can get an idea of the thickness of each plate. At this point I had been reassembling for about an hour. 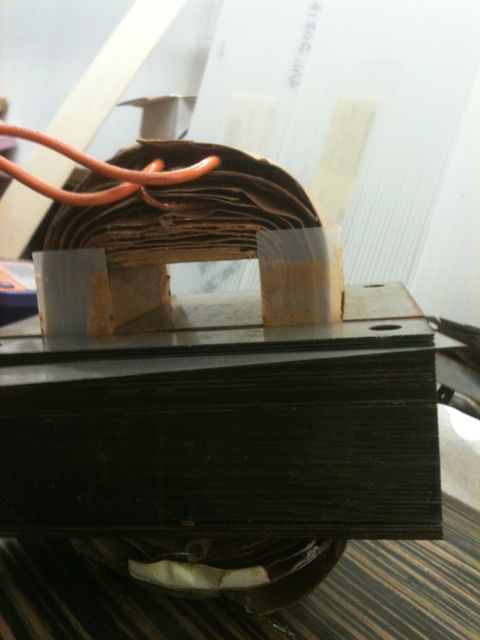 Reassembly takes quite awhile and shellack is amazingly sticky once it starts to dry, I had never used it before. I eventually got the entire transformer back together and despite my fears I was able to get almost all of the “E” plates back in. The transformer seemed solid and didn’t buzz at all under light testing. Unfortunately due to my backwards logic, I now have a 48V transformer instead of a 34V one. It was a great learning experience, and I think the 48V transformer will be useful, so I’m going to leave it that way. I have found a nice heavy transformer with lots of taps on the output side, so I’m hopeful that I can find my 34V there.

Here’s my experiment transformer, after the operation. 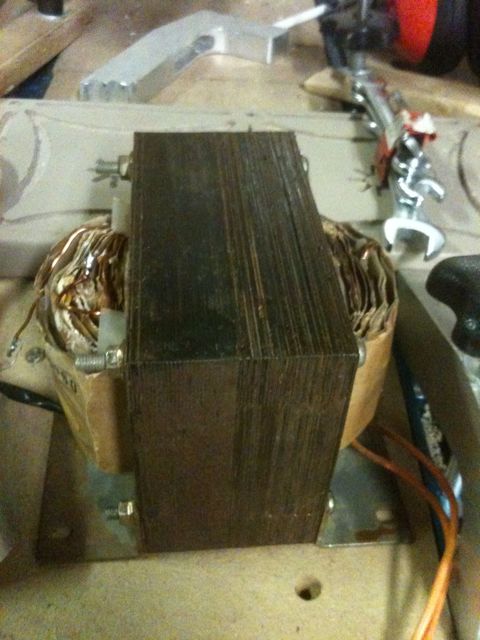