TCM and Make:Blog, and books and other stuff. 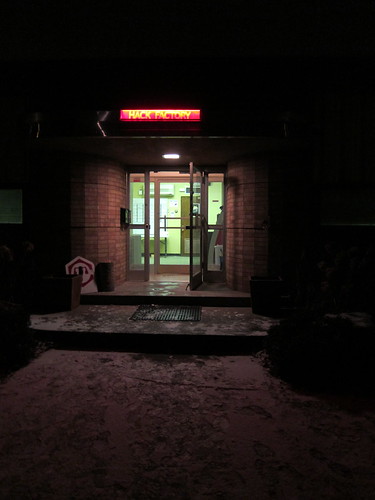 Some recent happenings of Twin Cities Maker that have made an splash on the outside world. This is not comprehensive but kind of neat to look at none the less.

Riley’s FoshayBuchay 2.0 was featured as the opening photo for this Zero to Maker piece.

Adam Wolf of Wayne and Layne, one of two Twin Cities Maker’s open source kit manufactures, was featured in Meet the Makers

John Baicthal and Adam Wolf wrote a few articles for Make:28, they are not online so you will need to pick up a physical copy. They wrote about making a Van de Graaff generator from a soda can making a wireless arcade-quality joystick-and-button-panel for playing video games.

Matthew Varas put up directions on how to make his chomping Pacman Suit. 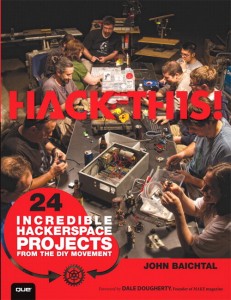 We are also featured in John Baicthal’s Hack This! Yep, that is Twin Cities Maker is on the cover. John also has another book out Cult of LEGO, featured in the print edition of Wired!, and if rumors are true it will be on one of those in flight magazines on one of the major airlines, so look out for that.

Join today’s new revolution in creativity and community: hackerspaces. Stop letting other people build everything for you: Do it yourself. Explore, grab the tools, get hands-on, get dirty…and create things you never imagined you could. Hack This is your glorious, full-color passport to the world of hackerspaces: your invitation to share knowledge, master tools, work together, build amazing stuff–and have a flat-out blast doing it.

Twin Cities Maker co-founder John Baichtal explains it all: what hackerspaces are, how they work, who runs them, what they’re building—and how you can join (or start!) one. Next, he walks you through 24 of today’s best hackerspace projects…everything from robotic grilled-cheese sandwich-makers to devices that make music with zaps of electricity. Every project’s packed with color photos, explanations, lists of resources and tools, and instructions for getting started on your own similar project so you can DIY!
– from Amazon.com 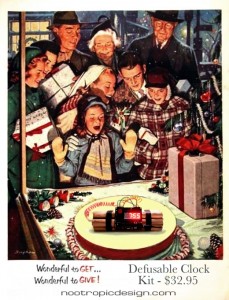 Notropic Design, the other favorite open source manufacture of Twin Cites Maker, pushed out a new design, the defusable clock and has gotten an pretty amazing response so far, above is the Christmas Advert. 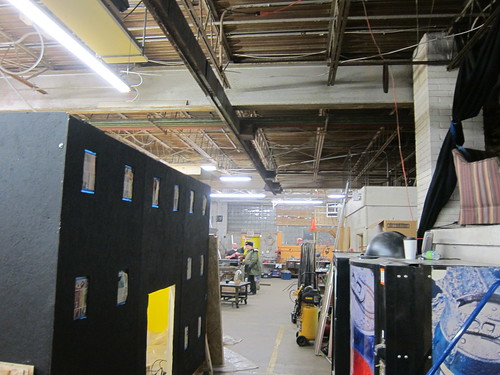 Matt Mackall, of Twin Cities Maker’s favorite open source code management tool Mercurial, is in the process of getting an Art Shanty built in the space. More on the Art Shanty project here.

And finally here is a short video of Twin Cities Makers Learn Arduino class performing on thier new noise machines.