Hack Factory hosted its first Hardcore Hacknight on March 22nd. This is a recurring event for software developers to mingle, share their projects, and collaborate. We had a packed room, definitely more than thirty people. The event brings an increased software presence to the space to complement Hack Factory’s abundance of physical wood/metal/electronics projects.

What We Worked On

The general format for the event is to get a group of interesting programmers together for pizza, beer, and pair programming. After eating and chatting, we go around the room and each person says briefly what they’re interested in working on, or things they want to learn.

There were lots of cool projects. We had Eric talking about generating Erlang from Idris, Ioannis showing some cool C-based X11/graphics demos, and Dave busting out a development environment totally inside a smartphone and doing M4 text processing. The room was full of conversations and lore about everything from BSDs to embedded devices.

Team Rust commandeered a whole table. Boyd was going deep into writing algorithms in Rust without using any standard library functions, as low level as you can go.

“Team Rust.” People kept joining this table throughout the night.

There were quite a few people who either knew or wanted to learn about Haskell and functional programming. Darren was leading a table on some game design and I think doing it in Elm. Then there is Scott who has many years of experience with Common Lisp (even Maclisp, straight out of MIT), Racket, and Clojure.

We also had people exploring new computer interfaces, like Craig who does a cross between C++ development and fine arts. Or David who likes making music and has a project that maps syscalls into a complex chorus of sounds so you can hear your computer’s processing.

Ian and some conspirators were building a neural network from scratch, and struggling with the intracacies of backpropagation. And speaking of networks, Neil was distributing tasks between machines with ZeroMQ, experimenting with the ventillator pattern.

In addition to all the above, let’s not forget the intrepid beginners who showed up. As Alex, a code bootcamp student joked, “I’m understanding only about one out of every ten terms I’m hearing tonight, and it’s awesome!”

Join the Next Meeting

Our second meeting will be Thursday, April 26th at 6:00. If you’d like to attend please RSVP at the meetup page. The event is free, but we do ask attendees to bring a few bucks to chip in for food. 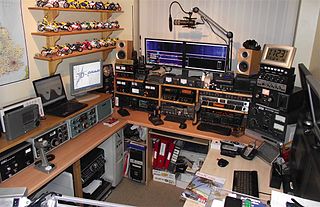 Interested in amateur radio? Whether you’re a licensed ham, or just curious what amateur radio is all about, come on down to the Hack Factory on Monday, March 11th at 7PM. We will be having an open discussion about ham radio, and likely some demonstrations using the amateur radio station set up in the front lounge. This event is free and open to the general public. 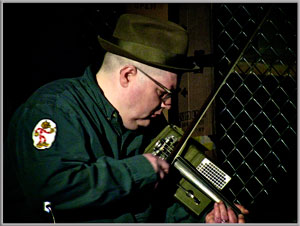 On January 30 at 8 pm, the HackFactory be hosting a Hand Made Music night.

Ryan Olcott From Food Team.  Ryan will have some crazy electronic instruments and a great performance.

So stop by and meet some old friends, make some new ones and make some stuff that makes music. Hope to see you there

More about Handmade Music: Minneapolis including info on past events can be found over at TCMaker’s Hmmm Page.

On Saturday, 10/23, there will be a release party and installfest to celebrate the release of Ubuntu 10.10 (Maverick Meerkat), the newest version of Canonical’s free Linux-based operating system. This event will be held at the Hack Factory, starting at 5:00 PM.

Bring a computer and we’ll help you upgrade or install Ubuntu. There will also be computers available to try Ubuntu on if you haven’t seen it yet.

Wireless and wired internet access is available. Ubuntu installation CDs will be provided to anyone who wants one. 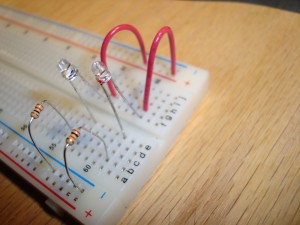 I’ve decided to start a monthly electronics day, on every third Saturday afternoon (well, all day, if you want, but I’m only going to be there in the afternoon).

What does this entail? Several things:
1. One class a month, guaranteed. In May, it’s going to be Soldering 101 (one of the most roundly requested classes), where you’ll get a chance to watch a real pro at work (as soon as I find one) and build a kit to take home. We’ll have scrap boards that you can practice on with no fear of damage and no pressure. I’ll set up an EventBrite page ASAP; expect the class to run about two hours and cost $30, which includes scrap for practice, but not the cost of the kit. Bring your own iron and solder; I’ll make some recommendations about what to buy.
2. Ask-an-EE sessions: along the lines of Lady Ada’s popular “Ask an engineer” chat, I’ll give all comers a chance to ask me anything they want about the art and science of electrical engineering.
3. Swap-o-tron: I’ll bring stuff that I’m perfectly happy to part with, gratis, and I ask anyone who has similar stuff to do the same. Take what you need, but please use what you take, or bring it back and re-release it the next month.

I’m expecting to start the Ask-an-EE about 2pm, the class about 4pm, with another Q&A after the class.  I’ll set up my goodies in the workshop.

The date for the first one is May 15.